Periodically, I have met the mother of my children in a public place and wished her a happy Mothers Day. We have even been known to exchange hugs to mark the day. Considering that our marriage ended over thirty years ago, we think this is rather civilized...

Tribune two years ago, in May 2005. The public place I referred to was the Pelham Arena and the event that brought us together was the Pelham Art Festival, held every spring on Mothers Day weekend.

In 2007 the festival will be holding its 21st annual show from May 11th to 13th. There will be one difference. Marilyn Haist Casson suffered a sudden and unexpected stroke last December 24 and died two days later. This year, the festival organizers have announced they will be honouring her years of service to the organization and a special display of her works will be on view.

Marilyn and I were divorced many years ago. Divorce is not easy; it brings out all the worst in people. Deep-seated emotions and resentments are the products of divorce and take years to overcome. After the end of our marriage, Marilyn and I avoided each other for over two decades. We did not like each other.

Fractured relationships are often healed by the simple passage of time. The other more dramatic healer is the arrival of grandchildren. In our case, we were both delighted to face the fact that we had been responsible for the appearance of a couple of new little people. We realized eventually they were going to ask difficult questions. We agreed it was time for a truce.

Marilyn told me her phone rang off the wall after publication of my festival essay in 2005. She enjoyed that, along with reactions to various references, some obvious and others hidden, I have made to her in other essays. Our prior relationship was beyond repair, a truce is not reconciliation, but we could still share the humour relating to earlier times. She told me those references made her laugh. I am glad that happened.

We last talked at the Christmas pageant held at Pelham Community Church one week before her stroke. Noreen and I had been invited to watch my granddaughter (and Marilyns) participate in the presentation. Marilyn and I had a long conversation about mutual friends and noted that we would all get together after Christmas for our granddaughters birthday party. Tragically, the party never happened.

Noreen and I plan to repeat our annual Mothers Day outing to the Pelham Art Festival.  We encourage you to do the same. This event is a prime destination on that weekend and is a great place to mingle, meet and munch. The atmosphere has always been that of a vibrant market place and the earnings are directed to worthy causes. Marilyn would not want thoughts of her passing to spoil that atmosphere. The show must go on.

You will not be under pressure to buy anything, but if you see something you like, by all means, pull out your wallet. The benefiting charities will make good use of your cash.

I will be there and I will enjoy the outing.

but I will miss my hug. 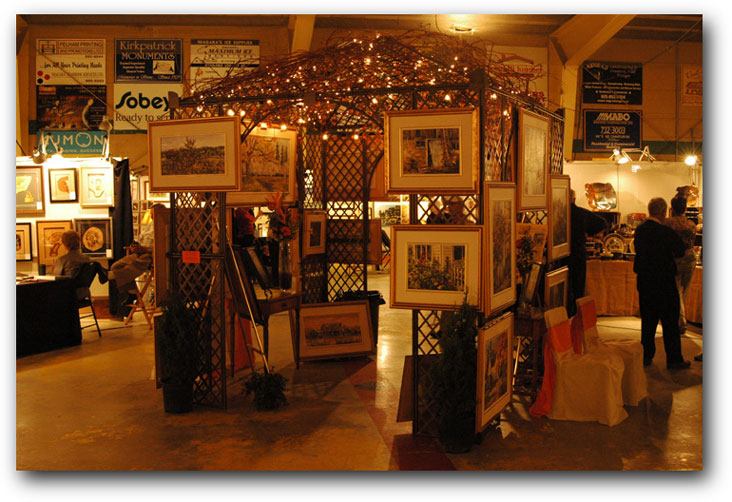